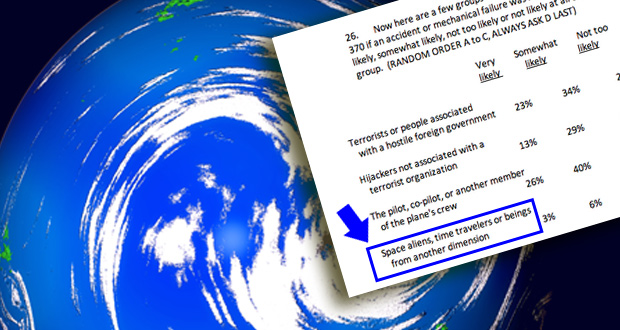 Current Media Events and Hints of a Fake Alien Invasion

With hints of an alien invasion increasingly mentioned in the mainstream media, this article examines  the possibility the world is being prepared for a false flag  alien attack that would serve as a catalyst for military expansion. Is the world being set up for a fake alien attack? Talk of extraterrestrials, UFOs, and even alien invasion surfaces regularly in mainstream media stories. There are scientific studies, news articles, and late-night talk shows dealing with extraterrestrials (ETs), even while the White House officially claims there are no ETs, nor has any contact ever been made. So why would there be such a steady stream of conversation about alien visitors in current media coverage? Is it due to genuine public interest in alien contact, or could this be a case of predictive programming, with extraterrestrials sometimes being discussed or portrayed in a way that induces fear?

The Origin of the Hostile Alien False Flag

In December of 2000, former NASA scientist Dr. Carol Rosin testified as part of the Disclosure Project that she had been warned of a planned fake alien attack on humanity, slated to occur well in the future. The warning came to her decades earlier from Werner Von Braun, the German rocket scientist who was brought over to the US after WW2 as part of Operation Paperclip. During the period Rosin worked with Von Braun at Fairchild Industries, from 1974-1977, he warned her of a sinister, far-reaching plan to weaponise space, which would ultimately culminate in a staged fake alien invasion. Such an invasion would be carried out by powerful interests and ensure that all of humanity was on board with continued military spending against the false threat.

What could possibly convince the world population to believe an actual extraterrestrial takeover of Earth was occurring? It’s a pretty far-out story to sell, with great time, care and preparation required to ensure that the majority of people would fall for the fake attack. Besides needing a possible display of ET/ UFO technology to pull this off, there would also be an essential psychological state of widespread fear needed to make the deception really effective. A population already primed subconsciously to view aliens as a threat, through the movies, news and other forms of media they consumed, would be much easier to exploit with such a scenario. Over many decades, there has been a proliferation of media portraying ETs as threatening invaders, despite evidence suggesting they are peaceful and want to help humanity. This tactic of using constant reminders, hints, images, and insinuations to implant subconscious ideas about planned societal change is called predictive programming. If such a case of predictive programming for a false alien attack was occurring today, we might expect to see references to extraterrestrials in the mainstream media working to support this narrative.

A quick scan of some recent media headlines reveals no shortage of ET and UFO-themed commentary. While some topics – such as scientists discussing the likelihood of life on other planets – are more benign, others do support the worldview of aliens being a menace to humanity.

Bill Clinton Weighs in on Aliens

When former US President Bill Clinton appeared on Jimmy Kimmel Live! in April 2014, at the end of the usual interview banter Kimmel turned the topic to UFOs. Clinton expressed that he “wouldn’t be surprised if we were visited someday,” and he just hopes “it’s not like Independence Day–a conflict”. Interestingly, he went on to state that such a conflict “might be the only way to unite this increasingly divided world of ours,” and to “think of how all the differences among people on Earth would seem small if we felt threatened by a space invader”.

The fact that Bill Clinton appeared on major network television discussing UFOs,  Area 51, extraterrestrial visitation, and how humanity might react to invasion by beings from other planets is significant. This is, after all, a former US president, appearing on a popular late-night television show which holds sway with the 18-49 year old crowd. In one fell swoop, Clinton reinforced the threatening alien narrative, as well as the need for all humans worldwide to band together against an ET attack. Clinton is not the first senior figure to broach these views. His comments echo Ronald Reagan’s statements to the General Assembly of the United Nations in 1987 when he was serving as President. Reagan told the global gathering that, “Perhaps we need some outside, universal threat” to unite the world and said he occasionally thought, “how quickly our differences worldwide would vanish if we were facing an alien threat from outside this world”. Reagan was clearly not speaking off the cuff at this important world gathering.

Clinton’s comments were eerily reminiscent of Reagan’s statements made more than two decades prior. We have to wonder why two people from opposing political parties, who have each held the highest office in the US, have both alluded to the threat of an alien invasion uniting humanity. 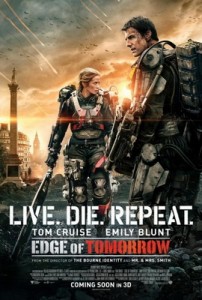 Hollywood always has room for another tale of alien invasion

According to a recent study by clinical neuropsychologist Gabriel De la Torre, the average person is not ready to have an encounter with an extraterrestrial. These findings, which were based on a survey of 116 college students in Spain, Italy and the United States, are due to what De la Torre calls a lack of “cosmic consciousness”. De la Torre asserts that people have an insufficient understanding of life, space, and the order of the universe which contributes to a missing cosmic consciousness, or awareness, which would be useful for making positive ET contact. Interestingly, while De la Torre laments humanity’s lack of “conscious perception of reality” which would be needed to overcome states of anxiety, fear, and hostility towards any future alien visitors, back in North America, Hollywood is busy churning out its next apocalyptic tale of war against alien invaders.

CNN managed to mention ETs in tandem with Malaysian Airlines Flight 370 when they polled online readers in early May 2014 about their opinions and views of the tragic airline disappearance. The international poll covered topics ranging from whether respondents thought there might possibly be survivors, to whether they thought the search for the missing plane should even continue. They also asked for reader opinions about what happened to the plane, barring a mechanical failure or accident. Respondents could choose from multiple choice answers about who might be responsible, with some of the potential culprits including terrorists, hijackers, and SPACE ALIENS.

The fact that “The Most Trusted Name in News” has included “space aliens, time travelers or beings from another dimension” right next to hijackers and terrorists is highly significant. This grouping of potential culprits encourages fallacy association on the part of the audience. In other words, if humanity were exposed to ETs in the future (whether in a real or staged scenario) another layer to the societal narrative has been added: ET visitors should be grouped alongside dangerous hijackers and terrorists and viewed accordingly. Headlines quickly spread around the internet that 9% of Americans thought it was at least somewhat likely that aliens were involved in the disappearance of the airliner, and this of course fueled further denigrating commentary about ET contact. So why exactly were extraterrestrials included in the list of possible suspects for a missing airliner? While the Clinton interview could be played off as laughs and late-night comedy, this survey is about a horrific situation involving the disappearance and likely death of 239 people. Surely “space aliens” wasn’t listed as a joke in this serious poll.

Considering the points in Clinton’s interview with Jimmy Kimmel, along with De la Torre’s study and the CNN poll, it seems the efforts to portray extraterrestrials as hostile has been effective and already affected people at a subconscious level, with the media playing a vital role in re-enforcing this viewpoint. The higher the profile of the news outlet or public figure discussing ET topics, the more we the public can be sure that the angle has been carefully considered to serve a particular purpose or produce a certain outcome. For this reason, objectivity is needed when assessing media dialogue related to extraterrestrials, as there is the potential for this issue to be compromised by those who benefit from long-term planetary war, strife, and weapons-spending. Ultimately, if a false alien invasion were to be perpetrated, a population conditioned to fear interplanetary visitors is exactly what would allow manipulation on this issue. So, are we being prepared for a false flag alien invasion? The rhetoric supporting an attack has been around for decades, and even today repeats in an eerily consistent manner.

Dara Hayes has a long-held interest in esoteric spirituality and ETs, and a strong wish for alternative spiritual subjects to remain visible and freely accessible to people all over the world. She writes and creates graphics for The Conscious Reporter, and occasionally posts spiritually-themed graphics on ReachingLight.com.