So what does it all mean?

After the CIA sounded its “mass suicide” alert, the rest is history. Anti-cult “experts” appeared on cue explaining the deaths were caused by “mass suicide” due to one individual’s inexplicably sophisticated mind control methods. These claims were made by people who had not visited the crime scene, and before any real investigation had taken place, while Guyanese medical reports attributing murder were ignored. The “mass suicide” story hit the media and books were published pushing this narrative before the dead were even buried. The narrative has been parroted and stuck, and the anti-cult movement became a powerful force by hawking it.

Ultimately, the sensational brainwashing claims pushed by the anti-cult movement fell out of favour in legal and medical circles, as did the controversial practice of deprograming. If the legal establishment were to accept the CIA’s claims of mind control failure, they could not simultaneously accept the incredible brainwashing powers ascribed to marginal religious groups by Margaret Singer and her allies.

But the propaganda and perceptions about the threat posed by alternative religious movements continued. It has never been dispelled. The caricature of “cults” who brainwash people and “drink Kool-Aid” remains in the public consciousness, and is reinforced by media stereotypes of alternative spirituality modelled on the media-constructed Jonestown archetype. And even as the anti-cult movement’s extreme claims have been discredited, they continue to find support in the corporate media. Since Jonestown, the way alternative spirituality has been perceived in the West has never been the same. It sparked off an enduring era of hostility towards alternative spirituality, associating the very idea of gathering in some kind of non-mainstream group as somehow sinister.

But was the Jonestown tragedy really the cause of a lone “sociopath” in a fringe group beholden only to himself, or were their deeper forces at work in the affair? What is to be made of the strange connections and confluences between Jim Jones, the CIA, MK-ULTRA, mind control researchers and the anti-cult movement? Was the tragedy merely cynically exploited by anti-cult entrepreneurs and a media hungry for a dramatic horror story with a clearly defined “bad guy”? Or was there a darker and deliberate agenda to precipitate a disaster that would change the spiritual landscape forever?

A range of alternative explanations exist about what really may have happened in that remote jungle camp, and who else was responsible for the disaster that unfolded.

Some people, like Ryan’s aide Joseph Holsinger and researcher John Judge, pin the blame on the US government, asserting that not only was Jonestown a MK-ULTRA government experiment, but that the government was directly involved in the deaths. In the words of John Judge:

It seemed the first reports were true, 400 had died, and 700 had fled to the jungle. The American authorities claimed to have searched for people who had escaped, but found no evidence of any in the surrounding area. At least a hundred Guyanese troops were among the first to arrive, and they were ordered to search the jungle for survivors. In the area, at the same time, British Black Watch troops were on “training exercises,” with nearly 600 of their best-trained commandos. Soon, American Green Berets were on site as well. The presence of these soldiers, specially trained in covert killing operations, may explain the increasing numbers of bodies that appeared.

Most of the photographs show the bodies in neat rows, face down. There are few exceptions. Close shots indicate drag marks, as though the bodies were positioned by someone after death. Is it possible that the 700 who fled were rounded up by these troops, brought back to Jonestown and added to the body count?

A similar point of view is found in Freedom magazine, which quotes an Air Force Colonel who believes the entire affair has “the kinds of earmarks that define the hand of American intelligence” and showed signs of pre-planning:

A very real possibility is that by making the assassination [of Leo Ryan] part of an even larger catastrophe, the central drama itself—that of a courageous individual blocked from probing reports of illegal, unconstitutional, government-sponsored psychiatric “mind-control” activities—was obscured.

Colonel Prouty noted evidence of the involvement of a larger force in the operation: “The Joint Chiefs of Staff had prepared air shipments of hundreds of body bags. They didn’t normally keep that many in any one place. Within hours, they began to shuttle them down to Georgetown, the main city. They couldn’t possibly have done that without prior knowledge that it was going to happen. It shows that there was prior planning.”

Opinions differ as to whether Leo Ryan’s assassination and the subsequent massacre was carried out as a panicked response to his investigation that risked uncovering an alleged covert government medical program in Jonestown, or whether Leo Ryan was actually lured to the destination on purpose to eliminate an enemy of the CIA and obscure it with a pre-planned massacre.

Opinions also differ as to whether the religious community was a front for a covert program, with Jim Jones being a witting or unwitting government stooge, or whether it was infiltrated by intelligence operatives whose influence was more subtle. 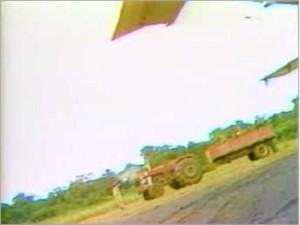 In the latter vein, former Temple member Laurie Kahalas, author of “Snake Dance: Unravelling the Mysteries of Jonestown,” believes the Peoples Temple was a genuine community with Jim Jones a troubled true believer in its cause. The tragedy was caused by government-planted agent provocateurs who became members solely to discredit the organisation by leaving it and spreading damaging stories in the media, and lure Ryan to Guyana. She believes Ryan’s killers, who have never been identified, could not have been Temple members, citing video footage filmed from under his airplane allegedly showing the killers forming a sophisticated military “diamond” squad formation, which she believes the members of Jonestown lacked the necessary military training to execute. She believes the airstrip shooting was a CIA false flag attack that framed the community for Ryan’s murder, which was designed to eliminate Ryan, a known enemy of the agency, and tip the unstable Jim Jones over the edge, precipitating his “revolutionary suicide” response and thwarting the community’s plans to defect to the Soviet Union. In this view, the events of Jonestown were more the result of a COINTELPRO-style operation designed to discredit and destroy subversive groups, and she rejects claims about the community’s links to MK-ULTRA. 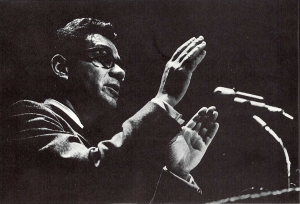 The attorney Mark Lane, author of The Strongest Poison, believes US intelligence was monitoring the group and had infiltrated it. Famous for his investigations critiquing the official story of the Kennedy assassination, and for representing Martin Luther King who had been targeted by COINTELPRO, Lane had been hired by the Peoples Temple to expose a government conspiracy the community believed was directed against them. He was present on the day of the tragedy and was allowed to leave by the armed guards. Like other survivors, he heard gunshots coming from Jonestown when he fled to the jungle and believes people were murdered. He believes Jim Jones and the armed guards were responsible for many of the murders, but also believes US forces may have eliminated the survivors. He also believes the US government knew the dangers the Congressman would face in Guyana and failed to warn him, and aggravated the situation in Jonestown with agent provocateurs.

Investigative reporter Jim Hougan suggests that Jim Jones may have ordered the “revolutionary suicides” out of fear of being disgraced in the eyes of the community if his links to US intelligence were exposed, whilst the intelligence community feared embarrassment if they were linked to Jim Jones. He also believes people were murdered, not by government forces, but by the armed guards who likely forced people to die.

It would be comforting to be able to dismiss these theories. Unfortunately, the record of US intelligence running clandestine medical experiments on unwitting subjects in various institutions, and infiltrating political organisations with the aim of destroying them, means their involvement is not beyond the realm of possibility.

But I don’t claim to know the full story. Nor do I excuse in any way the actions of Jim Jones, who clearly committed evil by calling for “revolutionary suicide”, whether he was acting alone or not.

Whatever may have happened, the fact that the tragedy was exploited and portrayed with a deceptive “mass suicide” narrative despite evidence to the contrary, is indisputable. This narrative has been used to fuel suspicion, fear and paranoia against alternative spiritual groups. The fallacy of the popular narrative is summed up in these words by former member and survivor Tim Carter:

Jonestown has become a punch line, a catch phrase, an icon for “mindless or blind loyalty.” Ironically, what Jonestown has come to represent in popular culture is a parody of itself: The general public is “drinking the Kool-Aid” in its unquestioned acceptance of what happened in Jonestown as “mass suicide.”

Carter escaped Jonestown, and accompanied authorities to the scene in the aftermath. He also saw evidence that people were forcibly injected with poison and supports Dr Mootoo’s conclusion that the majority of people were murdered.

So what really happened in Jonestown? This much can be said for certain: people were murdered, and there is a lot more to what transpired than what is generally understood and portrayed in mass media narratives. Questions remain about the extent to which Jim Jones acted alone, and to what extent outside forces may have influenced his actions and what unfolded. But between the disappearances of clinical evidence, the torching of records in Guyana, the lack of autopsies, de-identification and destruction of bodies, the purging of Jim Jones’ CIA file and the mystery surrounding his background – and the continuing suppression of files held by the US government on Jonestown – we may never know the full story.

Whether or not the intelligence forces really did have a hand in it, it seems clear that the Jonestown massacre deflected attention from controversial government mind control programs by shifting concerns about brainwashing onto so-called “cults”, perhaps enabling government mind control programs – which some believe have not ended – to continue unabated in the background, while giving impetus to the anti-cult movement and the war on alternative spirituality. The deceptive “Kool-Aid/mass suicide” narrative engineered after the tragedy became the basis for the propaganda which fuelled this ongoing anti-spiritual war.

Whatever may have happened in the jungles of Guyana on November 18, 1978, this much is clear: like 9/11, the Jonestown massacre had a profound impact on society, changed people’s perceptions of the world, and set in motion a war that still has not ended.

All articles available here and here