Spirituality and Virtue as Corollaries to Peace 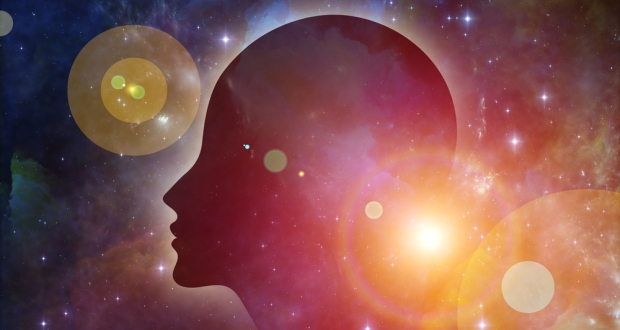 In regards to the way things are and how they could/should/ought to be, we are cutting ourselves short by concentrating almost exclusively on our intellect, knowledge and intelligence.

I am fascinated with the insights the evolution of science provides, particularly astronomy, cosmology, quantum physics and medicine. Medical research and technology opened the doors to the insides of our brains, considered by ourselves superior and in many ways as complex, dynamic, fascinating as the universe itself. And scientists keep sending those ‘intelligent’ messages to outer space in hopes that other ‘intelligent’ beings will pick them up and beam back their replies to them thus completing the human life-changing experience of a close encounter of whatever kind. They assume that beings ‘out there’ possess minds and intellects like our own.

For the sake of argument: What if extraterrestrial beings—in the event that they do exist–are not interested in intelligence/knowledge but in other qualities from prospective contactees? Like true civilization, true ethics, higher moral codes, evolution of consciousness/conscience, spiritual as opposed to material advancement, absence of aggressiveness, and/or other non-tangible factors not covered by today’s human sciences?

A handful of philosophers have addressed such intangibles quite elegantly. But in our pragmatic, empiricist, materialistic, savage, belligerent, utilitarian, realist, scientific, technological, technocratic 21st century world it became a no-no. Serious people, who do serious thinking and serious undertakings don’t dwell on these – or any other – immaterial aspects. An ‘advanced’ country must be the one with the greatest military power, economic supremacy, and ability to dominate others by any means necessary. Non-different from beasts, insects, birds in the wild. The name of the game is competition; solidarity being the underdog without a future.  It is the survival of the fittest, according to Darwin’s theory (not fact) of material evolution.

There is a character defect that must be hidden, or better yet suppressed, if one wants to succeed in modern life: to be perceived as virtuous, meaning, naïve, simpleton, simple minded, low IQ, low class/life, uneducated, stupid, a jerk. Humbleness is for a certain class of people who can afford it (saints for instance); one should not even look humble not to be stepped over socially. We are socialized, conditioned, educated, governed to believe in such cultural/structural biases from birth to coffin. It is what reasonable people expect from other equally reasonable people. Not evolved. Reasonable.

Scientists theorize and hypothesize about multi dimensional spaces, string theory, brane theory and multiverses that are glimpsed at or imagined in equations and in models born within the boundaries of their collective knowledge and intelligence, which demand respect in our earthly context. But upon closer scrutiny believing those mathematical hypotheses is not very different from believing hypotheses based on spirituality and consciousness. The common dominator being belief.

What if extraterrestrials are not interested in intelligent and knowledgeable savages who, organized in groups, are at the top of their capacity and willingness to exploit, kill, maim, torture, cause pain and suffering to each other and other animals – without remorse — on a planet where they are parasites/predators? Whose historians focus first and foremost on conquests, wars, battles, invasions, genocides, carnages, bloodshed, slavery, famine, crimes? Exalting military tacticians and strategists, whose business is exclusively to hurt, kill and destroy, as heroes? Where the concept of virtue has been hijacked and distorted by both the religious and the military establishments?

What if they are not impressed with the scientific/technological exploits/inventions born from our superior intelligence but being used primarily for armed conflicts, vendettas and cruelty; to social, cultural and economic control, and the threat of Armageddon if the powerful don’t get their way? With nations of peoples lacking any resemblance to the definition of a poetic, idealized, civilized, sapiens, superior ‘human being?’ What if they are interested in a spiritual rather than in this material evolution (a misnomer)? Would that be the reason that political and military authorities have never been sought or summoned by alleged ET visitors to our planet? Steven Spielberg was perhaps closer to reality with the plot of his Box Office record 1982 movie, ET.

There are tribes in the Amazon still uncontacted even though they are known to be there for decades. We have photos of them. But they show such degree of aggressiveness/ignorance that Brazilian authorities see no point in trying a direct contact lest these native Brazilians get unnecessarily killed -or kill- in the process. They shoot arrows [their technology] at airplanes, which represent their very own UFOs. Ring any bells? We have nuclear weapons ready for the UFOs that keep flying over us without plausible explanations. How dare they? They must be evil.

I have reason to believe that this is where our intelligent, intellectual superiorities are missing the point. We are meant by nature, the universe, life itself (let’s leave the gods out of this) to be superior beings, elevated in virtue, goodness, righteousness, integrity, ethics, honesty, morality, uprightness, evolved consciousness, and not merely to get richer, smarter, sexier, more cunning, and more knowledgeable to dominate everything and everybody we contemplate-if possible by force. This is the real danger, the aspect that could prompt these smarter, more aggressive (meaning less civilized) people in power to explode the planet through a nuclear war, thus creating a second asteroid belt.

Yet, I refuse to see that in our future; as much as I disagree with Nobelist author William Goldman in his acclaimed novel, Lord of the Flies, portraying English school boys stranded in a deserted island after a plane crash, who descend into savagery and even cannibalism, dividing themselves into ‘tribes,’ in a few months span. Rather, life’s movement is forward, up–if certainly with setbacks. As every Yin encapsulates its Yang–and vice versa—on an eternal, infinite cosmic recycling motion, and energy is never destroyed, only transformed, so is spiritual evolution. There is never a loss.

When I met Fritjof Capra, author of The Tao of Physics, at the University of Hawaii in the ‘80s he told me smiling, “When we, physicists, get to the top of the mountain we will be greeted by mystics and spiritualists, ‘what took you so long?’” Today’s physicists, astronomers, cosmologists, mathematicians are getting closer to the top with their pursuit of the elusive ‘God particle,’ aka Higgs boson — but with their biases against spirituality intact. Stephen Hawking, allegedly one of the most intelligent persons on the planet, goes to great lengths to proselytize his belief that the universe “does not need a god;” the subtext being that it is a god in and of itself. Albert Einstein, however, was the exception that proves the rule; as was Carl Jung. And Gandhi, of course, the antithesis of a politician.

The process of living peacefully depends on degrees of spiritual (not religious) advancement as a corollary to changes in sociological paradigms and societal externalities. Peace and Conflict Studies, among other civilizing factors for human beings, thus represent the flip side, the how-to, the map to the top of the mountain. Peace is an inside as well as an outside job, a process for individuals and also for social bodies and collectivities to trail permanently — the planet being the ultimate ‘individual.’

I agree with Prof. Johan Galtung’s assertion that the intellectual and emotional flow together mentally, and with Mahatma Gandhi that peace is not divorced from spirituality. It all starts and grows within the individual and then manifests into society. Or not.

BIO: Antonio Carlos Silva Rosa is the editor of the pioneering Peace Journalism website, TRANSCEND Media Service-TMS, an assistant to Prof. Johan Galtung, and Int’l Board Secretary of the TRANSCEND Network for Peace, Development and Environment. He has a Ph.D. completed coursework in Political Science-Peace Studies, a Masters in Political Science-International Relations, and a B.A. in Communication from the University of Hawai’i. He is originally from Brazil and presently lives in Porto, Portugal. He was educated in the USA where he lived for 20 years; in Europe/India since 1994.