The Matrix of Conformity – Top 9 Traps for Today’s Youth

More than ever our world needs a new generation of youthful and caring people capable of comprehending the problems we face, while maintaining the clarity of mind and compassion needed to seek and find creative solutions to this morass. For this, our youth need to be healthy, energetic, and free from the myriad traps that our society offers today. 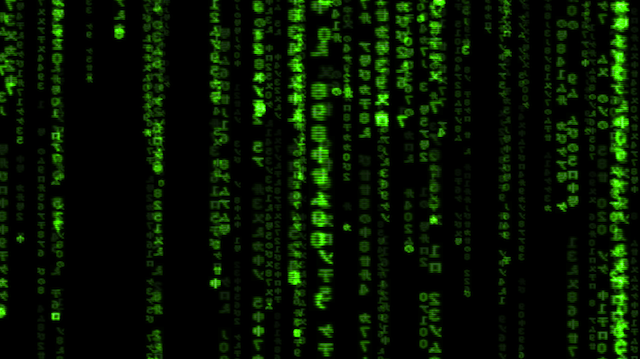 Our young people should be given every opportunity to lead healthy, free, and prosperous lives in our earthly world of abundance, yet the opposite is unfortunately the case in these times, as government grows beyond control, our health is assaulted at every turn, and predatory schemes of all types target us to entrap us in false belief systems and destructive cultural paradigms, such as the wanton materialism and greed that surrounds us.

The broad message to young people nowadays is to conform and submit to norms and phony authority rather than to develop personal integrity, personal liberty and true happiness. Society beckons our youth to imitate others, to compete with others for no end, to pick a team and stay with them till the bitter end, and to neglect the most important virtues in life like spirituality, intellect and compassion.

Leadership for our youth is needed now more than ever, but the wisdom of older generations is rarely coveted as tool for development for the youth. To right this in some degree, here is a comprehensive list of conformity traps for today’s youth, to help them more easily identify some of pitfalls that lie between them and true success and happiness on their journey to maturity.

Debt is the modern form of the slavery of old. The amount of debt in America alone is staggering, and unfortunately the next few younger generations will feel the brunt of this impending disaster. There really is no way for an individual to mitigate the public debt incurred just by being born a US citizen, and right now, each American already owes something between $50,000 and $200,000 to the national debt, depending on how this is calculated. However, personal debt is within the control of the individual and stands as one of the most freedom-limiting and stress-inducing aspects of modern life.

Our predatory lending system deliberately targets young people at an early age to purchase anything and everything with easy credit and credit cards, and there is tremendous peer pressure to live a fabulously materialistic lifestyle. In addition to credit card debt, the amount of debt that young people take on to participate in college is exorbitant, and this system is intrinsically designed to generate heaps of profit for the banking system and the US government, and it unnecessarily saddles young people with life long financial commitments that can weigh them down for decades.

There are many free and affordable options for gaining a higher education nowadays, and with consideration and commitment it is perfectly possible for young people to live an enjoyable life without dependence on credit cards.

Made possible by access to easy credit and triggered by a predatory marketing infrastructure, one of the greatest conformity traps for young people today is the encouragement to develop a lifestyle centered around the purchasing of goods that people don’t even need to survive. Often, the drive for materialism is born of an encouraged psychological condition that both creates unhappiness while covering up unhappiness. It is a road to nowhere, and the feelings of liberty that come from maintaining fewer material possessions is one of the truest and most attainable forms of liberty today.

Rejecting the consumptive and materialistic patterns that govern modern society is a keen habit to develop so that one can truly discover who they are and what their role is in this world.

3. Addiction to Drugs and Alcohol

Our culture strongly encourages people, especially our youth, to conform to a lifestyle centered around drinking, drug use, and ‘partying.’ While this certainly might be fun to a degree, there is tremendous pressure for young people to assimilate these rituals as lifelong habits, which can shamefully trap a person at an early age, and prohibit opportunities and good health later in life. Furthermore, this is an assault on positive mental and physical health, meaning that over-indulgence early on in life can cause serious health and psychological issues later on. Moderation has become a four letter word in our world, but should be developed at an early age so that one can live in balance with the social pressures we all face.

Primarily a design of the marketing industry which sprang up in the early part of the 20th century as part of a push towards mass-consumerism, our culture is ridiculously overly sexualized and pornographic. Marketers and psychologists realized that sex and sexual images are the number one way to trigger false desires within a person to inspire them to desire needless material objects.

This problem continues to get worse with our insane mainstream media who ceaselessly produces shallow images of lust and hyper-sexuality that chip away at a young person’s self image and esteem, encouraging them to objectify others and allow themselves to be objectified by others. Life shouldn’t be this way, and sex and the human body should be treated with dignity and respect, both qualities that must be nurtured as a person matures to adulthood.

Recognizing the blatant effort to over-sexualize marketing and entertainment at an early age can give someone the opportunity to view these cultural pressures with skepticism and caution, preventing them from getting trap in shallow trap of hyper-sexualization.

We have, sadly, become a nation of the mediocre, and the idea of American ingenuity and exceptionalism has been completely hollowed out. Young people are encouraged to fit in and conform to what others are doing, too often in resulting the over-achievement of the lowest common denominator, which is typically a sincere focus on base desires rather than on the development of virtuous qualities that bring opportunity. Entertainment based living has become the norm and now mediocrity in effort, mediocrity in ambition, and mediocrity in expectation are contributing to severe cultural decline. Human beings are capable of so much and to conform to mediocrity is to miss out discovering one’s true potential in life.

The education system we have was designed by industrialists and social engineers to produce people who are more suited to be workers than free-thinkers and revolutionaries. More than ever, Westerners live meaningless lives of servitude to corporations, often performing mind-numbing and redundant jobs on an oppressive schedule without ever growing to know what true happiness and fulfillment really is.

Due to the economic stranglehold that a corrupt banking and monetary system has on our society, many people think that the only option they have in life is to get whatever job they can obtain, all too often forgoing self-examination, spiritual cultivation and worldly experience in favor of the false sense of security offered by corporate America. A life of corporate work is not exactly a life of service, and young people should instead be encouraged to set out on a path of self-discovery in search of creative inspiration rather than a mediocre life of commitment to robotic corporate work. The rat race is failing us all while keeping us boxed into the addictive consumer mindset that has dangerous ecological repercussions. Rather than being encouraged to ‘get a job’ people would be better suited to first figure out what they are good at and love, then pursue education and training based on the contribution they’d like to make to the world.

Not all jobs are bad, of course, but the societal design of pushing young people to be part of a frivolous workforce in order to contribute to an overly consumeristic and unhealthy society should be recognized for what it is, a subtle form of slavery.

The standard American diet and lifestyle breeds stress, disease, unhappiness and dependence on a corrupt health system and pharmaceutical companies to cope. Advertising and marketing are aimed at turning people into unhealthy dependents, but young people should instead be encouraged to care for and strengthen their bodies and minds rather than waste away in sedentary lifestyles consuming toxic poisons instead of real food. Habits are set an early age, and the sooner a person can adopt the habits that breed good health and a positive mental attitude, the happier and more enjoyable their lives will be in the short and long run.

Human physiology supports amazing potential for consciousness and elevated perspectives. However, and without question, there is a war on consciousness right now that seeks to limit a person’s perception of what life can and should be about. This trap is set by government/corporate propaganda and Draconian laws, is reinforced by the psychological warfare that is mainstream media, and is traditionally looked over by tired religions and aging dogmatic assertions that grant phony authority to anyone who joins an agency or organization that issues fancy uniforms.

By seizing control of the mind and one’s consciousness, and learning to protect one’s self from unseen negative influences, young people can set themselves on an enlightening path that will forever offer solace and reward, preventing them from becoming prey to the conformist fear-mongering that defines modern Western culture.

By far the most insidious conformist trap that keeps young people from developing to their full potential is the pressure that we as individuals put on each other. Seemingly a natural feature of the human psyche, people fear being different from other people more than anything else. This type of conformity has us policing each other on behalf of organizations that betray us all, and is the primary source of dangerous group-think. In these interesting times, when humankind seems to be determined to snuff itself out with its own stupidity, developing the self-confidence and assuredness to think beyond the box should be our most prized virtue.

Upon reflection, it is easy to see how all of these traps are all inter-related and part of a broader matrix of conformity that has the Western world locked in self-destructive patterns and harmful cultural traditions. The youth of today are the world of tomorrow, and it is sad to see so many destructive influences clouding their judgement and confusing their worldview at a time when such tremendous positive energy is needed to bring about a major shift in human evolution.

Perhaps pre-consideration of the conformist pitfalls built in today’s society may assist some in steering clear of the traps that so many of us have fallen in.

Dylan Charles is a student and teacher of Shaolin Kung Fu, Tai Chi and Qi Gong, a practitioner of Yoga and Taoist esoteric arts, and an activist and idealist passionately engaged in the struggle for a more sustainable and just world for future generations. He is the editor of WakingTimes.com, the proprietor of OffgridOutpost.com, a grateful father and a man who seeks to enlighten others with the power of inspiring information and action. His remarkable journey of self-transformation is a testament to the power of the will and the persistence of the human spirit. He may be contacted at wakingtimes@gmail.com.

Disclaimer: This article is not intended to provide medical advice, diagnosis or treatment. Views expressed here do not necessarily reflect those of WakingTimes or its staff.

This article is offered under Creative Commons license. It’s okay to republish it anywhere as long as attribution bio is included and all links remain intact.