If you haven’t already noticed, there’s an agenda at play every year to keep people in a state of fear. Many of you are likely becoming very receptive to the extent of the psychological operation being played out in the mainstream media and one which the alternative media is willfully piggybacking on to further condition the public through terror. 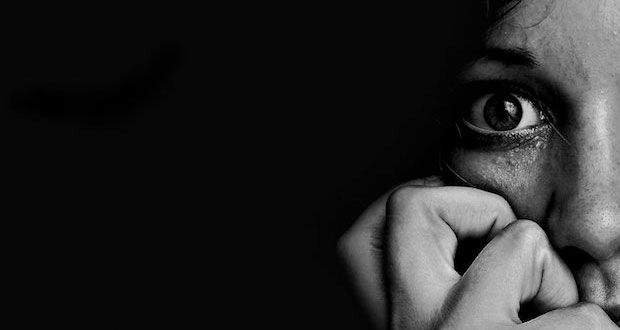 It is in your best interest to get off the fear bandwagon, burst that bubble and start looking at exactly how you’re being conditioned to react.

Who Is Propagandizing The Bubble of Fear?

It’s not only the mainstream. Unfortunately, there are many writers and journalists in the alternative media who are making this perpetual state of fear worse, especially those calling for exaggerated warnings of defense and preparedness. They are the ones who you should stop listening to since they are running with official stories, unofficial stories, exaggerations, hearsay and combining them all into a haze of information with an agenda to promote half truths while ceasing the opportunity to exploit a very vulnerable and ignorant public.

This is one of the first times I am seeing a separation of what I considered reputable journalists into two camps: Those who are savvy to the ploy and reporting on the psychological operation being played out; and those who are so caught up in the element of drama and anxiety, that they are promoting their own agenda and unable to empower their readers.

Fear is a very powerful motivator and you can always gauge how empowering or disempowering content is by the degree of fear generated by that information. Please use due diligence when interpreting information from any source. Cross reference as much as possible and be very cautious of ulterior motives. The benevolent leaders in specific information mediums are those who are empowering others to be true to themselves and not acting out of fear.

The Fear Card Is The Only Card They Have

The powers that be always need a bogeyman to condition and control the public. Without it, they have no fear. If they have no fear, they have no control. False flag events have been used hundreds if not thousands of years designed to deceive in such a way that the operations appear as though they are being carried out by entities, groups or nations other than those who actually planned and executed them.

In 2002, it was West Nile. In 2004, it was SARS. In 2005 it was Bird Flu. In 2009 it was H1N1 Swine Flu. In 2014 it was Ebola, which may resurrect itself in 2015 depending on the political agenda. In between all of those years there were several economic and political crises. Are you seeing the theme yet? The goal is to convince the population that they should constantly be in a state of emergency response and preparedness. This is how they gain support for drugs, vaccines, wars, political initiatives, etc. There will always be something until the world stands up to these orchestrators of terror and says “ENOUGH!”

I want to make it perfectly clear that what you are being exposed to every year, at strategic times of the year, in both mainstream and alternative education, news, entertainment, etc, is repetition through persuasive messages to condition. This is what psychologists call the illusion of truth effect and it arises at least partly because familiarity breeds liking. As we are exposed to an emergency message again and again, it becomes more familiar. Because of the way our minds work, what is familiar is also true. Familiar things require less effort to process and that feeling of ease unconsciously signals truth (called cognitive fluency). It’s like a bad rumor on steroids. Repeating elements known to strike fear in the population is a very effective method that resonates and spreads like a virus itself.

Once You Discover The Themes, You Will Realize They Are All The Same

If you pay close attention to the similarities between all of these crisis events, you will come to an evident conclusion that many have already awakened to — that the same operation with a different flavor is being played out year after year. Most of the time what you are seeing on the news is not natural events, but part of a grand scheme of an operation that is designed for a specific goal . What allows these events to flourish in terms of conditioning is how the public reacts to them, how fear is generated,and how public perception is key to their outcome.

Neurolinguistic programming, emulating psychosis, television, advertising, the illusion of terrorism and several other remarkable concepts affect every facet of our lives and our world at the expense of our health, safety and security.

Whether it be secular or non-secular, it doesn’t matter what tool–media, education, institution or entertainment is used to generate the information–if it promotes fear, it is designed to control you. It is designed to keep you in a box to shape your decisions and match an agenda that serves a greater purpose.

Under the influence of fear comes control and the only way this is achieved is through the illusion of truth. What appears to be true is not always true, but because we tend to process the illusion as though it were the truth, we question ourselves and our safety based on perceived threats. We become trapped in debates, arguments and infighting on issues that we can ultimately all solve together, but they want to make us think we can’t. We can, we will and we refuse to accept any other option.

The way you counter fear is to look it the eye and tell it that it doesn’t exist. Don’t confuse danger with fear. What we have at this moment in our world is not so much danger, but plenty of fear. There is a simple way of distinguishing the two. Fear is a choice, danger isn’t. You can hesitate in fear or act in courage. Danger will always exist, but when we all unite as one cooperating unit towards a common goal, the choice of fear above the greater good of humanity will diminish. At that moment, the game will change and the same old psychological operations will cease to function on a population that is empowered. That is what awaits.

Marco Torres is a research specialist, writer and consumer advocate for healthy lifestyles. He holds degrees in Public Health and Environmental Science and is a professional speaker on topics such as disease prevention, environmental toxins and health policy.