Can spirituality survive in a hyper-connected society? 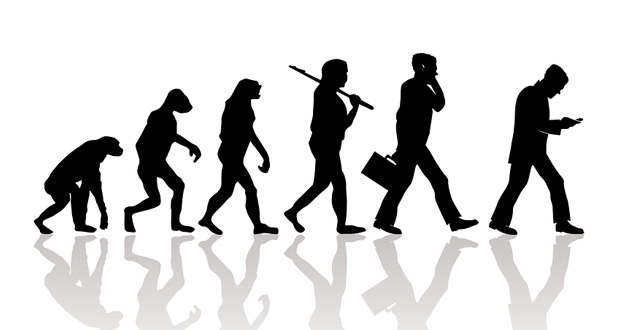 Can’t remember? That makes two of us.

In recent years, our lives have rapidly become more technologically-oriented and more connected than ever before in known history.

This obviously has its benefits:

But are these technological tools that can enrich our lives also being misused? Could the changes these technologies bring in our lifestyles also contribute to the erosion of spiritual values in a way we might not fully realise for another generation?

Are we creating a culture of distraction? 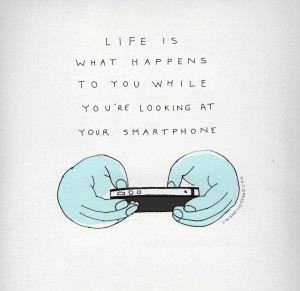 Never in known history have we had such capacity for distraction at our fingertips.

While losing hours to smartphone games or obsessively checking the latest status updates on Facebook probably seems harmless to most, our constant use of technology is threatening to create a culture with an epidemic lack of self-awareness.

We are in a world of content creators and consumers, and more information is currently created every two days than in the entire recorded history of the written language. It’s not surprising that if we’re not constantly connected we might feel like we’re missing out on something important. There is even a name for this type of anxiety; it’s called Fear of Missing Out (FOMO) and a recent study revealed that 56% of adults who use social media experience it. The irony is, by immersing ourselves in technology and distraction we are missing out on the most important thing of all – our life going on around us!

Absorption in technology and a lack of environmental awareness is becoming so chronic that traffic accidents due to driver distraction have doubled in recent times. Fights are being started as people on smartphones get in each others way.

An officer with the Seoul Metropolitan Police said, “We’ve seen a rise in reports of disputes on metro trains, and most of them started with a smartphone. People who are distracted by their smartphone are becoming a serious risk to society. (ref) 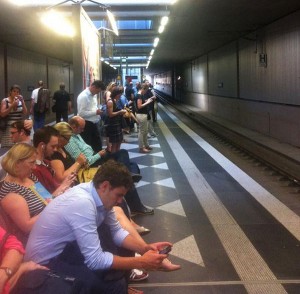 A lack of environmental awareness can be life threatening
Attribution: Joe Marinara

It’s even got so bad that people have been known to fall off piers, walk onto train tracks or fall into shopping mall fountains because of it. And shockingly in a recent event on a crowded train in America, passengers were so zoned-out that when someone pulled out a handgun and spent time waving it around, scratching his face with it and choosing a target, no-one realised there was a gunman on the train until a shot was fired and it was already too late.

Constantly distracting ourselves from the present moment is obviously dangerous physically, but it also has devastating effects on our spiritual development.

If we are so caught up in our own little bubbles of virtual reality that we’re not even aware of what’s going on around us, how can we begin to be aware of our inner world of thoughts and emotions which are much more subtle? If we can’t be aware of what’s going on inside then we can’t begin to change and we will be at the mercy of boredom and painful inner states, which is the main reason why we’re so prone to distracting ourselves in the first place.

Without awareness of the present moment which has been understood in many spiritual cultures to be a cornerstone of self knowledge, can we even begin to develop spiritually, let alone notice the beauty and wonder of the world around us?

Hi, my name is Almost Everybody, and I’m a technology addict 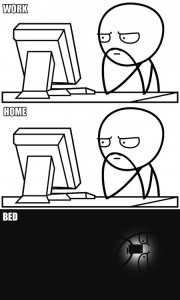 I once knew a lady who checked her email so frequently at the major university where she worked that the IT department contacted her because she was slowing down the entire network.

Video gamers become so absorbed in computer games that they can forget to eat or sleep.

In the most extreme cases, teens and young adults were spending up to 50 hours almost non-stop playing online computer games. Psychiatrists had confirmed anecdotal evidence that some wear nappies during long sessions so they won’t have to take a toilet break – Daily Telegraph

It’s fairly common now for people to check their email or phone more than 30 – 40 times an hour and when people feel disconnected they can get withdrawal symptoms similar to drug cravings such as mental and physical distress, anxiety, panic, confusion and feelings of extreme isolation.

To top it all off, the average number of texts sent by teenagers nowadays is 3000 – 4000 a month. That’s one text approximately every 6 minutes.

Who would have guessed technology could be so addictive?

What we haven’t been told is that technology uses discoveries from infamous behavioural psychology experiments to suck you in and keep you addicted. We are hard-wired to be alert to novelty, and when our phone dings or we receive a new email our dopamine system is triggered – the same part of our brain that would light up if we were to take heroin or cocaine.

If the pleasure and rewards we get from technology were consistent and predictable we might tire of them, but if we don’t know when or from where our next reward is coming, we will keep checking back again and again. This is called “variable ratio rewards” and it is why poker machines are the most used games at the casino, and why so many people will constantly check for new emails, messages or updates. Add to this the use of technology to feed sexual desires and you have an almost inescapable source of addiction.

Addiction of any kind is harmful spiritually and can cause all sorts of problems. Addictions can cause us to act compulsively, stealing our inner peace. They are a massive drain on our psychic energy and attach us to the physical world. Addiction feeds desire, and the more we feed desire, the more our attention is drawn to it and the stronger the vicious cycle grows. 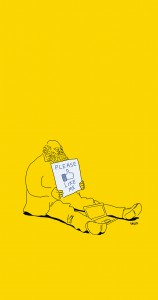 With media consumption expected to average 15.5 hours per day by 2015, you’d think being so connected must be making us more fulfilled and happier. Unfortunately the reality is quite different.

If you think of someone who is focussing on growing spiritually you might expect them to be developing qualities like:

Unfortunately, being addicted to technology in a hyper-connected world instils a very different way of living.

The online world is a pretty narcissistic place, where many people compete for the most “friends” or “followers”, the best selfies, or the most “likes” on holiday pictures. In real life only about 30% – 40% of our conversations revolve around us, compared to almost 80% online. This is creating two types of phenomenon.

Firstly, we are becoming less genuine. Rather than seeing ourselves as we are and making efforts to improve, we are starting to fake our lives to create a more likeable online presence. Secondly, this leads to disappointment. If you’re living a normal life and comparing yourself to the high-flying false online personas projected by others, you’re almost certain to be disappointed in yourself.

Researchers have discovered that online usage can lead to the development of envy, depression and loneliness (which is ironic given that we are connected to more people than ever). If that wasn’t enough, it’s also been discovered that there is a limit to the amount of information we can consume, with some neuroscientists thinking we are consuming more information than we can handle. If we overload our brain beyond its limit we can trigger a fight or flight reaction causing the higher parts of our brain related to positive aspects like empathy to temporarily shut down. So too much information can actually make us more prone to acting through our subconscious impulses.

This is your brain on the Internet 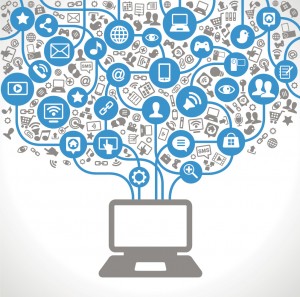 This is your brain on the internet

Have you ever noticed that the internet functions in much the same way as a scattered mind?

If you practice meditation you’ve probably noticed that your thoughts have a tendency to jump from one thing to the next until you end up somewhere quite different from where you started. Webpages follow this same structure by linking from one resource to the next until all of a sudden you realise you’ve been on the computer for far longer than intended and you’re looking at all those funny cat pictures again.

The internet encourages a scattered mind, but we can easily multiply the effect by the way we use it.

Do you have multiple tabs open right now? Are you flicking between them, skimming bits and pieces of information from everywhere without staying focused on one thing? Do you ever use your iPad while watching the news at the same time as cooking dinner?

By splitting our attention we are actively training ourselves to be distracted and it will show in your ability to focus the next time you try to be aware or sit down to meditate.

Is it time for a digital detox? 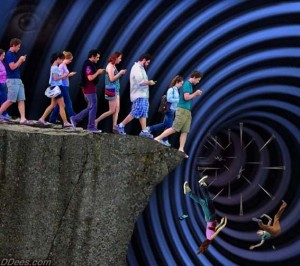 We don’t fully understand yet what the spiritual repercussions will be for a new generation becoming more absorbed in technology than ever, but the signs are not good.

With so many easily available distractions and the capacity for instant gratification at our fingertips, will people even bother investing the time and effort required to activate their consciousness and experience spirituality deeply?

Access to such an abundance of information threatens to make us shallow and impatient as we skim read everything and navigate away from any page that isn’t loading fast enough.

The smartphone, more than any other gadget, steals from us the opportunity to maintain our attention, to engage in contemplation and reflection, or even to be alone with our thoughts – Nicholas Carr from his book “The Shallows: What the Internet is Doing to Our Brains”

Thankfully it’s not too late for those of us who would rather use technology consciously to help our inner development, rather than be controlled and consumed by it.

The next time you have nothing to do, rather than reaching for your phone or the nearest wi-fi enabled device, try taking the time to practice observing yourself and your surroundings instead.

When you do use technology, use it wisely and purposefully, focusing on one thing at a time, having the self-discipline to focus on what you need to do so you don’t get sidetracked with distractions or spend a longer time on your device than you planned. Seek and digest information that is beneficial, educational and enriches your life, rather than content that is addictive or feeds your subconscious. If you’re looking for spiritual information, try to find the most practical information available, and when you’re done, make sure you put down your device and go practice and experience it – don’t just read about it!

If enough of us value spirituality more highly than distraction, then spirituality has a chance to survive in our hyper-connected society. So before you go do something else on the Internet, share this with someone who needs it and please let me know what they think.

If you want more like this, subscribe below to be the first to know about future articles.