The coming “singularity” is heralded as a time of enormous spiritual significance. But can machines truly be spiritual? Are they free? Or are freedom and spirituality born from consciousness which machines sorely lack? In this insightful opinion piece Jon Rappoport explores whether consciousness is being negated and replaced with a technocratic religion as a subtle form of social control. 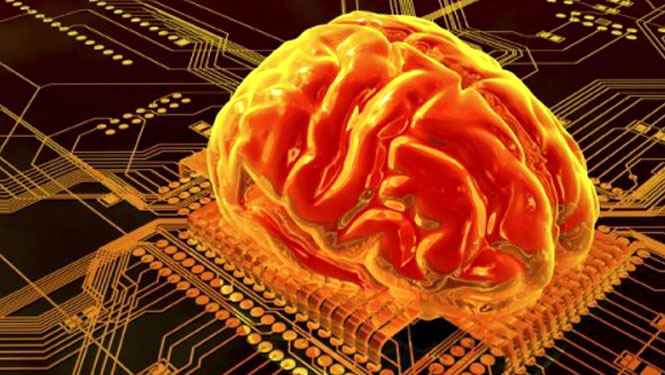 Technocrats believe all brains can be directly hooked up to a super-computer. They’re looking at humans beings through the wrong end of the telescope. Everything they see about humans is reduced, shrunken, and ‘automatic’. Technocrats are trained to miss the big picture, even though they incessantly talk about it. They’re visionaries who are blind. Thus, they’re in the grand tradition of religious fanatics.
~ The Underground, Jon Rappoport

If you take away a person’s ability to employ logic, and if you also take away his imagination, and thus his capacity to extrapolate and predict what is coming, what you are left with is: eyeballs.

Eyeball perception of what is happening now. And even then, eyeballs are seeing immediate reality through unconscious filters.

The ability to apply reason and to predict are vital components of perception. They are voluntary components. They don’t sweep in like a wave and take over. They are born out of freedom and choice.

So…what is the difference between you moving around on the Internet, reading and researching; versus you with your brain directly connected to some grand computer stacked with trillions of pieces of data?

In the former case, you have freedom. In the latter case, it all happens automatically. You get “the best possible data on any given subject.”

Of course, “best possible” is not your decision or conclusion. It’s someone else’s. Worse, the data is instantly downloaded into your brain (whatever that actually means).

How this deterministic system amounts to a glorious breakthrough of enormous spiritual significance, triggering revelations, is beyond mysterious. In fact, the whole conception is absurd.

If you were a robot operating on an assembly line, and your task could be automatically modulated and adjusted, depending on changing circumstances, then yes, that would be a nice innovation.

But you aren’t a robot. You’re conscious. You have choice. Freedom. You can apply logic. You can conceive of futures, based on your present knowledge.

Contrary to technocratic catechism, computers aren’t conscious. They don’t have freedom. They can be programmed to select conclusions relative to specified objectives and goals, but even then their methods of selection are part of their programming. They don’t suddenly wake up and become alive.

Technocrats tend to believe computers, when developed to a sufficient level of complexity that mirrors what the human brain does, DO come alive.

They believe that information-processing alone is a sign of life. But that’s a self-serving fantasy.

Information-processing is one effect of being alive and conscious. The technocrats have it backwards.

Unfortunately for them and their religion, consciousness isn’t measurable. And that’s a bone stuck in their throat.

Therefore, they need to reduce and reduce the concept of consciousness. So they claim it’s in the brain, and then they say the brain works automatically—and therefore consciousness is simply an aspect of pre-determined function. Consciousness is just a delusion brought on, like an illness, by chemicals and electrical impulses inside the skull.

They say whatever they have to, in order to minimize, degrade, and destroy the idea of consciousness.

To the degree that technocrats are gaining control of society and its future, the human population is at considerable risk. Because these secular-religious fanatics are sniffing and building their way toward a “best possible apparatus.”

And wherever they spot freedom, they try to wipe it out, and then they say it never existed.

Consciousness is not function. Nor is it derived from function.

The foot soldiers of technocracy spend every working day with systems. They become entrained: they see life as systems. Therefore, they presume that awareness must be some sort of structure yet to be mapped out.

This is false. A person can be conscious of a system, but that has nothing to do with what consciousness is.

These distinctions, among the technocratic class, have been lost.

Along similar lines, technocrats believe that a closed and tightly planned society is “scientific” and therefore “advanced.” This is another blunder. You can put a hundred people inside a large cage and regulate their movements. That’s a plan. That’s precise. But it has nothing to do with science.

Technocrats are juggling all sorts of metaphors and comparisons and coming up with wrong answers like clockwork.

On a much higher level, their bosses and leaders are manipulating these notions as a smokescreen, to hide their naked ambition: overt control and dominance of the population.

Regardless of what groups may be able to accomplish to head off the technocratic takeover, there is no victory if the individual doesn’t grasp his own inherent consciousness, which is vastly dynamic, energetic, and creative.

Imagination and the creative force are the prow of the present as it becomes the future.

The individual isn’t constrained to act merely from past tradition and experience.

The individual is under no obligation to wait for “everyone else” to wake up.

Consensus reality is: waiting in a defunct railroad station for something to happen. It never does.

It is up to the individual to reject the glare of this Wondrous Collective Tomorrow, and instead, invent his own.

To that, a person might reply, “But all around me, I see people who can’t consciously invent their own future. They’re mired in all sorts of problems.”

Whether these “other people” can or can’t is a subject for a different discussion. They aren’t the measure or the standard. Assessing one’s own ability by referring to others is just a convenient distraction.

In fact, the collective “we” and “everyone” is the target of technocrats, who envision mass solutions to civilization’s problems, through a super-computer’s definitive answers framed as “best available data.”

If this sounds like a con and an approach to humans as if they were non-creative machines, it is. It’s exactly that. Previous efforts at mind control pale by comparison. Technocracy is the wholesale Pavlovian insertion of stimuli, transmitted involuntarily to achieve uniform responses all the way across the board.

Madness? Insanity? Absurdity? Since when has that ever stopped manipulators bent on expanding their power and control? Repeated often enough by the right people, huge lies are always easier to sell than small ones.

(To read about Jon’s mega-collection, Exit From The Matrix, click here.)

The author of three explosive collections, THE MATRIX REVEALED, EXIT FROM THE MATRIX, and POWER OUTSIDE THE MATRIX, Jon was a candidate for a US Congressional seat in the 29th District of California. He maintains a consulting practice for private clients, the purpose of which is the expansion of personal creative power. Nominated for a Pulitzer Prize, he has worked as an investigative reporter for 30 years, writing articles on politics, medicine, and health for CBS Healthwatch, LA Weekly, Spin Magazine, Stern, and other newspapers and magazines in the US and Europe. Jon has delivered lectures and seminars on global politics, health, logic, and creative power to audiences around the world. You can sign up for his free NoMoreFakeNews emails here or his free OutsideTheRealityMachine emails here.