With an abundance of recent press coverage featuring global thought-leaders extolling the virtues of virtual reality (VR) technology, it’s easy to get caught up in a utopian view of a society filled with VR tech. Fewer people are asking the tough questions, like whether VR technology could have wide ranging harmful psychosocial impacts throughout people’s lives, even for their spirituality. 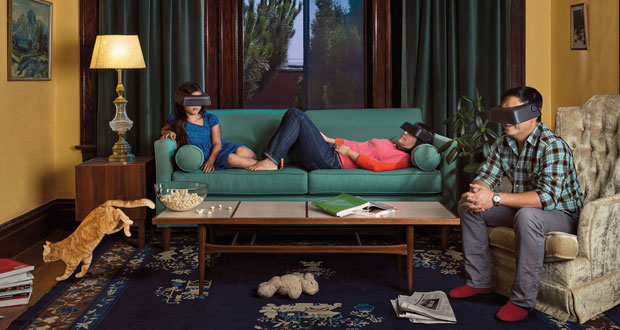 At least one person is asking these questions however. Dr Mark E. Koltko-Rivera published a paper all the way back in 2005 titled The Potential Societal Impact of Virtual Reality. In it Dr Koltko-Rivera explores some of the potential social and psychological impacts that a “seamless VR” experience could have in the areas of “private experience, home and family, and religion and spirituality” as it increasingly becomes a part of everyday life over the next 20 years. He questions why VR technology has not had the same degree of academic scrutiny as other paradigm shifting technologies such as genetic engineering and cyborgization, and explores the potential of VR technology to profoundly alter human society by changing our “perceptions and interactions”. Finally, Dr Koltko-Rivera calls for further research into these areas and postulates a series of approaches and research questions that could be used to get to the heart of the matter.

Whether or not the research proposed by Dr Koltko-Rivera is forthcoming, his observations and the resulting questions he poses could prove useful to anyone interested in developing their consciousness in an increasingly virtual world.

Read the full paper to see what Dr Koltko-Rivera envisages as the possible downsides of VR technology, including how it may affect spirituality here.